So, the actual most westerly point, Steep Point Peninsula, is closed for August for roadworks….. Not to worry, we decided to explore the most westerly area available to us. Denham, Monkey Mia, Francois Peron National Park – all part of the Shark Bay World Heritage area gave us some great memories over the next week. 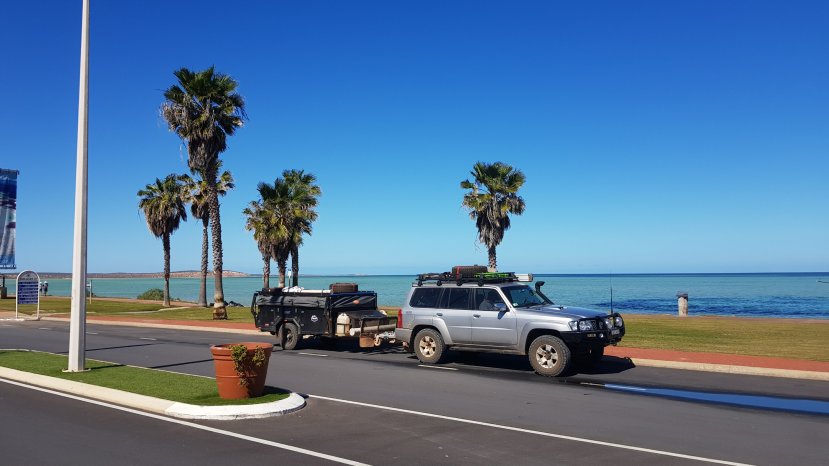 Denham was a great little town and our base for a few days while we visited Monkey Mia. (There was camping facilities available at MM but it was extortion $$$) 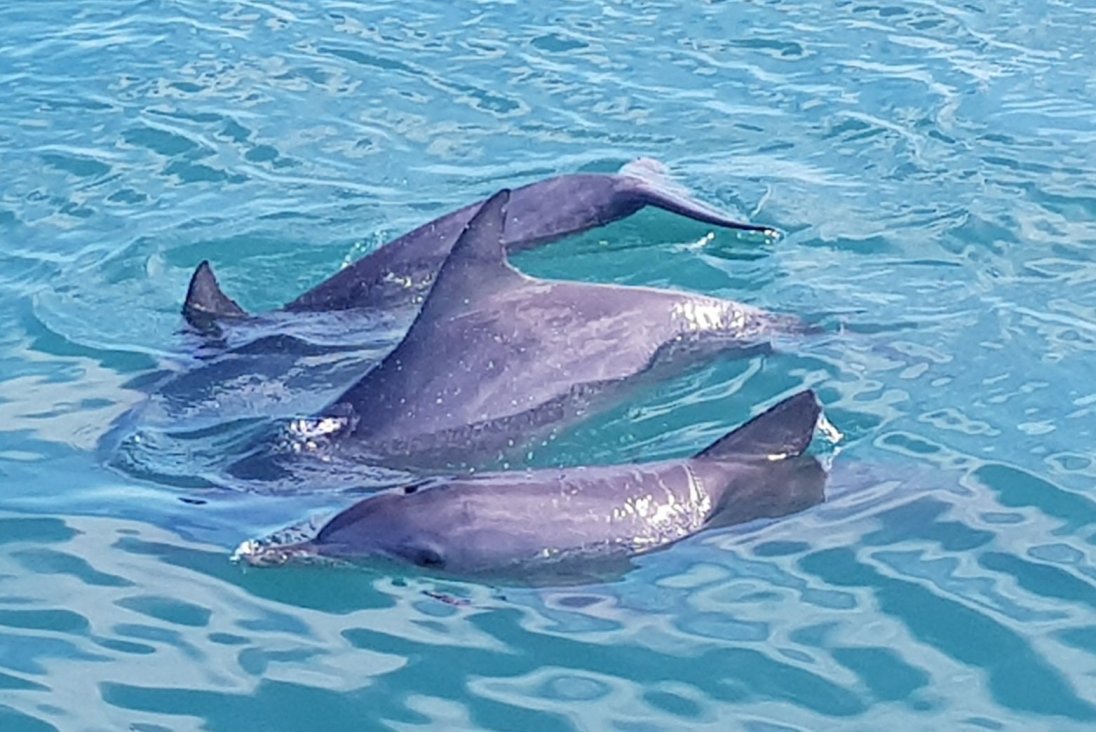 So an early rise to see the dolphins – this experience had been on Noah’s ‘must do’ list so there was some excitement . Long gone are the days (the 1980’s) where everyone can feed and pat the dolphins, now we wait to see if they want to come in and interact with us. They come in right to the shore and turn on their sides so they can look at you. Then there is one ranger/MM volunteer per dolphin with a couple of fish. So only 5 people are chosen out of about 150 people to feed a dolphin.

Lucky Noah and Chloe. Check out our video here

Next was some more remote beach camping at the top of Francois Peron NP. Some creative 4wd in sand (thanks honey) landed us at beautiful Bottle Bay, the most available westerly point. NP fees were a tad high, but we had the place to ourselves. Fishing, exploring and chillaxing replaced swimming, its now too cold to swim 😭. We have seriously though about turning around and going north again…. Really, that was not a joke!

Have you ever been to a NP with its own artesian hot tub? We have! On the way out of the park, we had a hot tub soak – at the heritage site of the the old pastoral homestead was 40°C, and it was ‘hotter than Mataranka ‘ according to the kids.

The bays here have twice as much salt in the water, so, Shell Beach is unique as the crockles love the hypersaline waters. 4000 live in one square metre. It’s squashy, salty soup! No sand here, just shells. They are actually used in landscaping all around Shark Bay. 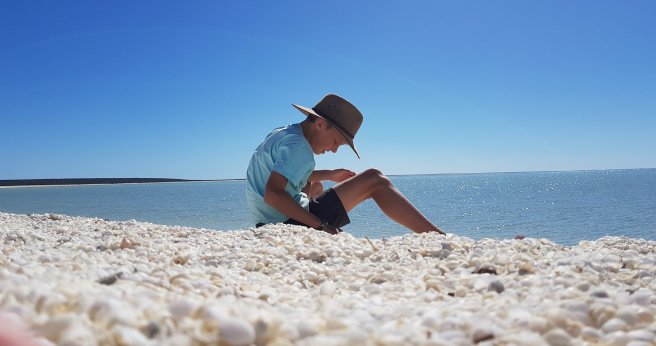 Next, the stromatolites. There are thousands of species that make up the ‘microbial mats’. Plants and animals don’t really like this salty environment. They are also the earliest form of life on earth, this is what earth looked like millions of years ago. Without water, they turn into rock. Daz thought they looked like the usual badly laid roads from our hometown!

Our last stop was a station stay, Hamelin Homestead. These station stays make you feel like you are a guest at someone’s home, rather than a number in a caravan park. Next up – Kalbarri NP and Geraldton before we land in Perth. We have another scheduled pick up at Perth airport…… Who will it be this time? 🤔

PS Celebrity Moment Alert: sitting at the park in Denham, Daz was approached and asked if we were the Smiths from Smithsgowest2018. We were recognised!!!!!

View all posts by kazsmith2018

5 thoughts on “Our Most Westerly Point”